From PikkaWiki
Jump to: navigation, search
The Aviators Aircraft Set is an aircraft replacement set for OpenTTD. The latest version is 2.2, released on the 25th of February 2013. 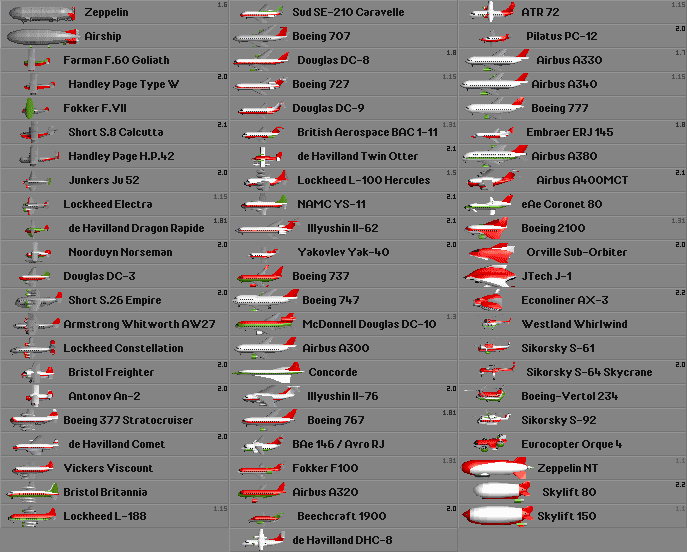 Sortable Statistics List
See the links in the template below for more details on each aircraft.