From PikkaWiki
Jump to: navigation, search
The Short S.26 Empire is an early aircraft in av8. 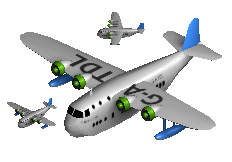 This is actually one of the first aircraft I created for the set back in 2006. It was not included until 2.0 due to the lack of seaplane support in OpenTTD or TTDPatch.

The era of the Great Flying Boat was relatively short-lived, as the Second World War saw huge improvements to worldwide airport infrastructure and aircraft range. However, for a few years, the Empire Flying Boats were the flagship of the Imperial Airways fleet. They were later developed into the "Sunderland" maritime patrol aircraft, and found moderate post-war airline success on the east coast of Australia.