From PikkaWiki
Jump to: navigation, search

The Concorde is a jet aircraft in av8. It is by far the fastest non-futuristic aircraft in the set (indeed, more than twice as fast as any other). 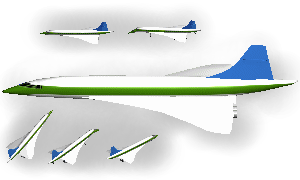 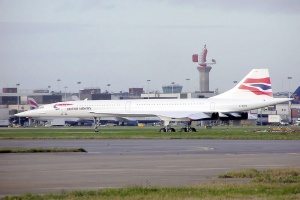 The Aérospatiale-BAC Concorde was the world's first and, aside from the brief career of the Soviet TU-144, only supersonic airliner.

An Anglo-French co-venture, the Concorde flew with British Airways and Air France from 1969 to 2003, withdrawn following a crash in 2000 and the increasing age of the aircraft.